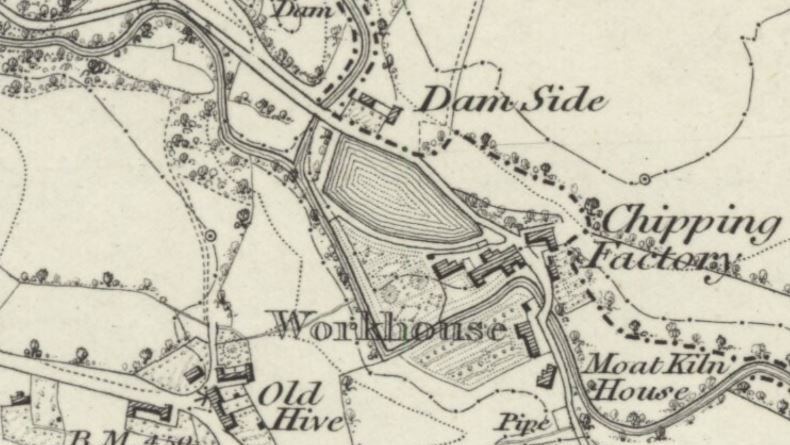 Extracts from the first large scale map of the Chipping area made by the Ordnance Survey.

Can be viewed on line at —

At the top of the map, the dam on Dobson’s brook is shown, where a weir diverted water through a culvert to the mill pond. The surveyors seem to have missed the other weir on Chipping brook.

When this map was surveyed in 1844, John Evans ran the Kirk Mill cotton spinning factory.

The workhouse was set up in 1823 and closed in 1838, though still marked on this survey map.  It was probably built on the site of the old Malt Kiln – name is retained by Malt Kiln House, shown Moat Kiln House on this map

Many gardens are shown. See this greatly enlarged map for details. 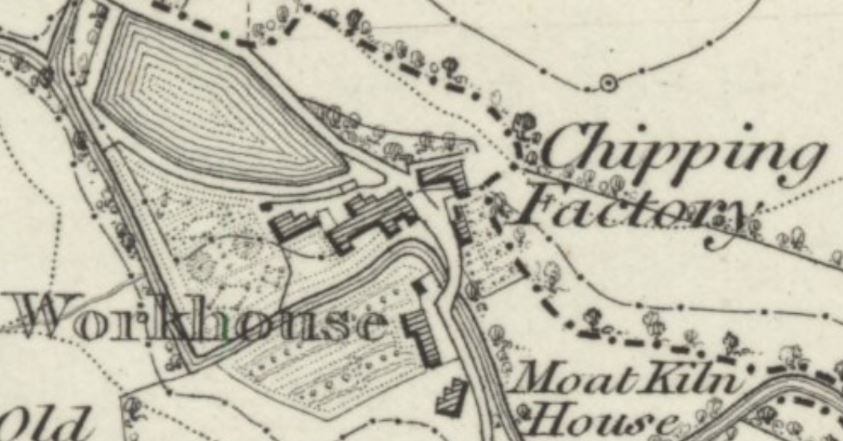 The owner, John Evans, was then living at Kirk House and was noted for his gardens.  Alas, these were seriously damaged by the big flood on Chipping Brook, 1st July 1851.

The gardens behind the workhouse were called “the pleasure gardens”.   Grove House gardens are also shown.