First documentary record of Kirk Mill in Chipping. It is mentioned as a water corn mill.  The document shows that John, son and heir of Eustace Hesketh and Jane, his wife surrender the property to Richard and Edmund Wood. 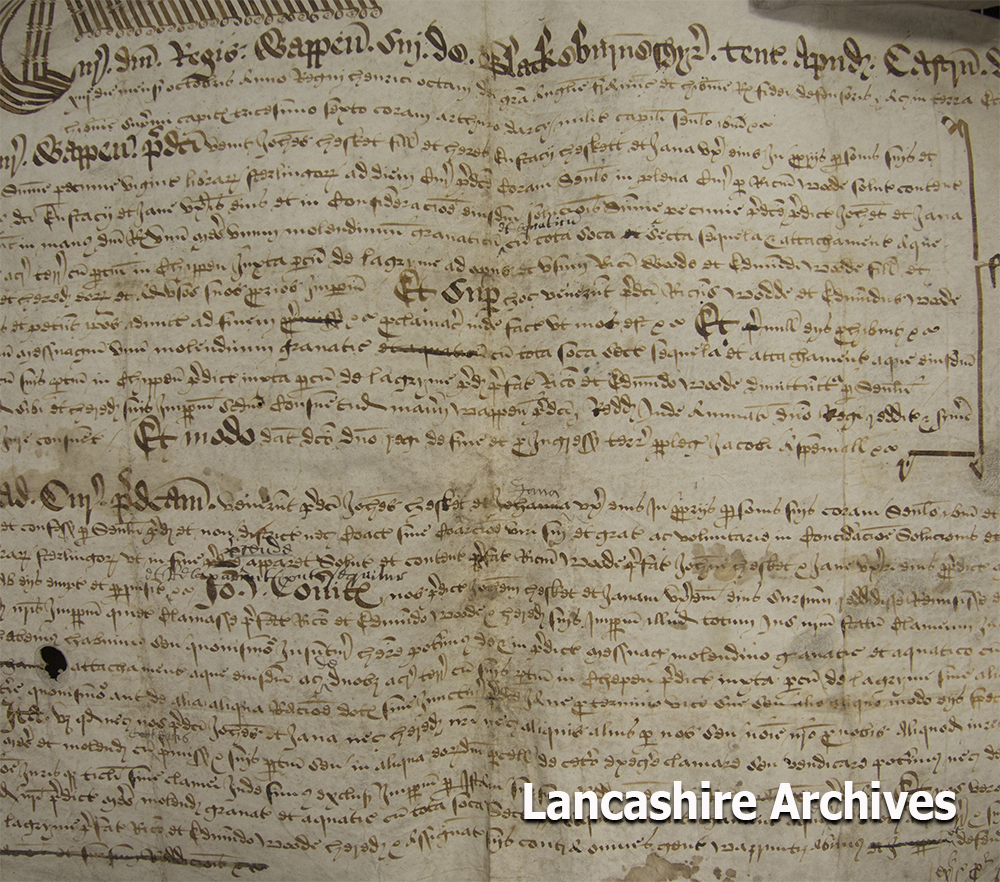 5th October, 1579, Richard and Edmund Wood draw up document transferring ownership to James Wood. They have the use of the mill while they remain alive and use then passes on to James Wood and heirs. 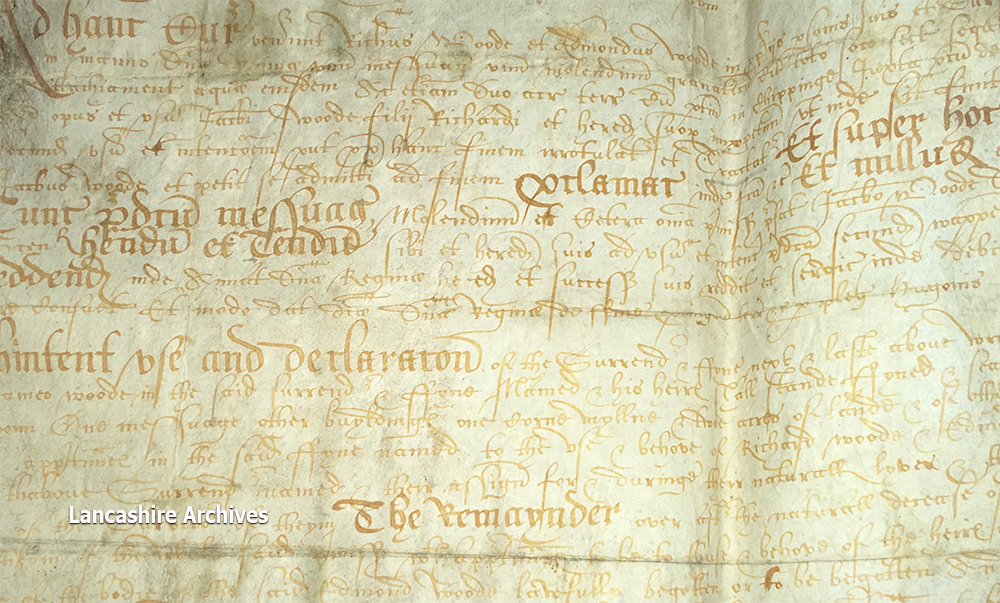 In 1619 the Kirk Mill property is described as “one only water corne Milne and two acres of land or thereabouts being Wapentake Copyhold lands…yearly rent 6s 8d in the tenure..of James Wood…”

2nd September, 1641, sold for £250 “one water corn mill, together with a parcel of mossey ground called Blackmosse,” parcel of the manor of Chipping, to Richard Sherburne of Wigglesworth, Esq. (Tom C. Smith, History of Chipping, 1894) 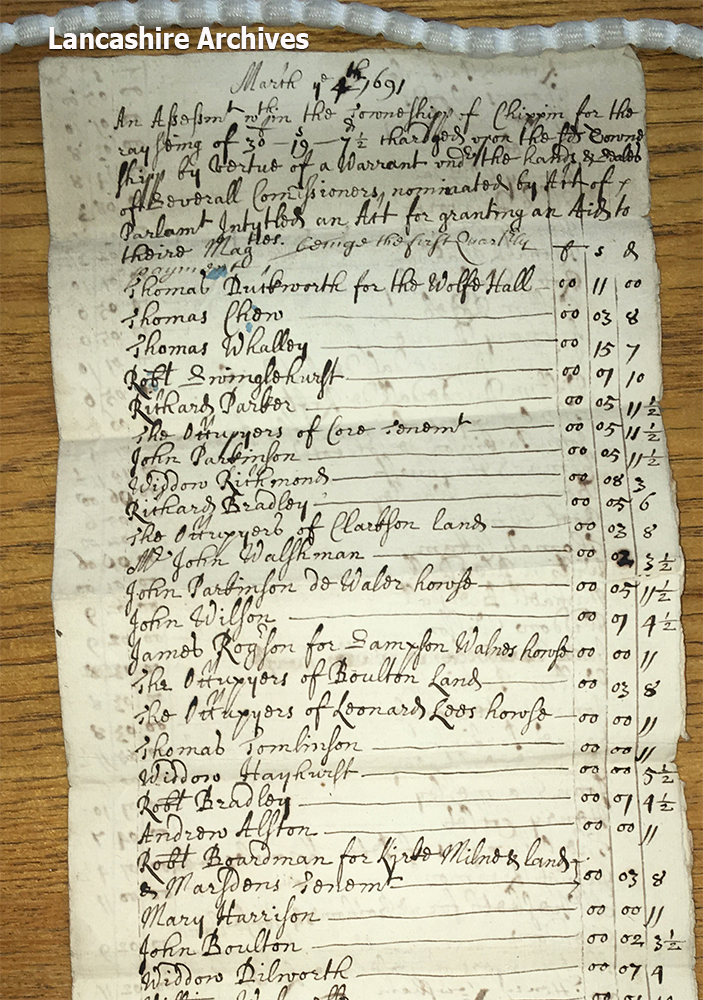