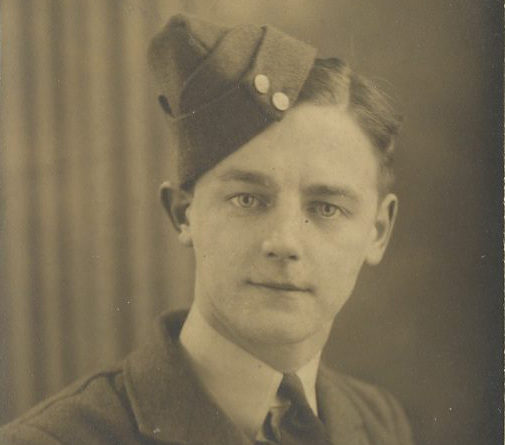 One of the stalwarts who failed to survive the war was Ernie Kenyon, eldest son of Robert John & Margaret Kenyon (nee Mercer) of Thornley Terrace, Thornley and husband of Edna Hilda Dowling of Abbey Wood, London, who he married at Woolwich in the spring of 1943.

He flew 11 ops with 166 Squadron between 17th July 1943 and 27th November 1943, 5 ops with 460 Squadron and finally 5 ops with 156 Squadron. On the last fateful mission Lancaster III ND446 GT-P was airborne at 23.57hrs on March 1st 1944 from RAF Warboys, Cambridgeshire. It was shot down by a German night fighter and crashed at Hausen, 24 km south of Tubingen, killing all crew members, of which Ernest was the air gunner (upper turret). The entire crew were buried initially at Hausen and later reinterred in the Durnbach War Cemetery. 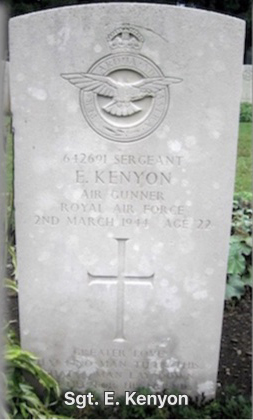 A brass tablet in memory of Ernest was on the classroom wall of Thornley School:
THIS TABLET WAS ERECTED BY/ THE RESIDENTS OF THORNLEY/ IN MEMORY OF/ SERGEANT ERNEST KENYON/ (R.A.F. PATHFINDER FORCE)/ AN OLD SCHOLAR OF THIS SCHOOL/ WHO WAS KILLED MARCH 2ND 1944 ON AN OPERATIONAL FLIGHT

Thanks to Keith Gornall for his research on this! 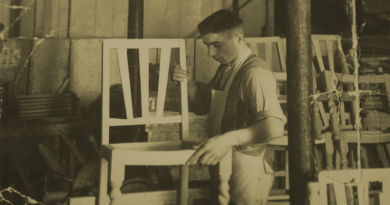 Video: When Bob bumped into Frank on Ramree Island!