The Corn Mill on the site at Kirk Mill, Malt Kiln Lane, Chipping dates back to before 1544, which is the date of the oldest document we know of. This document, produced in the 37th year of Henry VIII’s reign, shows the change of ownership of a water corn mill at Kirk Mill.

Kirk Mill was held by the Lords and Ladies of the Honour of Clitheroe and lay within that part of the Honour called the Wapentake of Blackburn.   The property was leased to copyhold tenants who paid large cash sums initially (consideration money). Subsequent annual payments were small, rather like ground rents.

The early site would be very similar to that at Wolfen Mill, an ancient manor corn mill upstream on Chipping Brook, with a small pond and breast wheel, miller’s house and farm buildings. Water wheel size would be similar in size to that currently in place at the later Chipping corn mill in Chipping village.

It is possible that some of the old corn mill building remains near the wheel chamber.

The corn mill is mentioned again in 1641, when it was again sold by James, Lord Strange (who became the 7th Earl of Derby the following year) to Hugh Cowper, James Walmesley, Thomas Wilson and James Whitaker.

It wasn’t until 1785 that the corn mill had ceased to exist, when the property was sold by Richard Dilworth to Hugh Stirrup, Richard Salisbury, and William Barrow ‘for the purpose of erecting a cotton mill’.

Watch this video and get a taste of what the corn mill would have been like:

Do you know anything more about the corn mill on the Kirk Mill site? Let us know anything you have discovered so we can add it to our archive!! 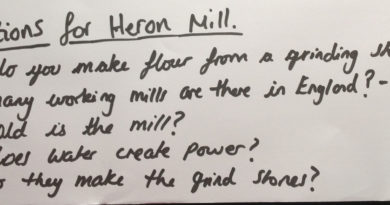 Questions for our visit to Heron Corn Mill 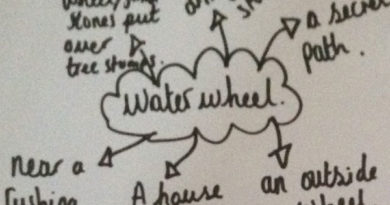 What Chipping children discovered about the old corn mill in Chipping.