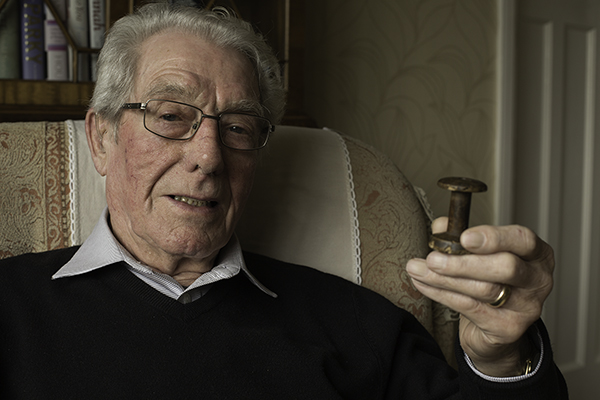 I started work at 14. On my mother’s side and my father’s side, they were all farmers. And I was – cos there were 9 of us. My father died when we were all young. I had 4 brothers so when they left school, they went farming and stayed at home. I was the youngest one and I went farming. But I was farming nearly 3 years. Now that was home from home, it was great. I enjoyed that, I really enjoyed it. But I used to finish about 7 o’clock at night but all my pals, they’d all gone. And that’s when I decided to have a change and I went to Berry’s.

My sister, she worked in Proctor’s corn mill in Chipping. She was a big mate of John Berry’s and he got me interviewed. That was 1946. I got the interview in there and of course, I said about money and he said, well you’ll start at 35 shillings a week and I must have looked a bit sad, because I said 35 shillings? I’m getting 25 shillings now on the farm and I’m getting fed and they do my washing. I said I’ll have to go home – I’ll be worse off!

When I went for the interview, John Berry showed me around the machine shop, how to make stretchers and everything and then when I went on the Monday morning to start, he said: we’re a bit short in polish room, would you go in the polish room for 2 or 3 weeks until we get sorted?

And I was still in polishing when I was 65!

Going back to when I first started, we were undertakers. There was Bert Marsden took the Catholics and John Woods, he were a joiner – well they were both joiners, he took the Church of Englanders or non-Catholics. And I’ve polished many a coffin. And I’ve actually been in one!

When the coffins come and you were a new starter there, obviously these big blokes used to grab you, pop you in the coffin and out the lid on!

I must admit, Berry’s were very good to me. I got on with them alright, but I worked hard. I was sacked twice. For being late. And last time I got sacked, I just thought I’d asked for it cos I was late every morning. I once made some sort of excuse about an alarm clock and he bought me an alarm clock! And I never lived that down. And then he used to come up Friday night when we were just coming out: I think you better come again – but don’t be late.

When I was 32, the papers came round – what were your ambitions, what you wanted to be? And of course, muggings here put foreman down and I got it a fortnight later. I was never late after that.

How did John come to find the old cotton-spinning  bobbin?

It could be 30 years before I retired, so that’s in the 60s, we made 5-way tables. And one batch – they had legs that folded up and they could go on the bed, on the side, all sorts. And we made a batch every so … once a month, I think.

I don’t know where they went, but one batch, I don’t know whether the sprinklers burst over them or something like that and they all, well they couldn’t sell them, so they made another batch. And that batch went up in the attic. And then, quite a long time – about 2 years after, old Mr Berry said a friend of his wanted one of these 5 edge tables: would you go up there, would you go up and find a decent one and clean it up? And I went up in the attic and I picked this up between the rafters.

And of course, it took me quite a long while to find a decent one and when I come back, “where the hell have you been?”, he says! “I’ve been trying to get a hold of you for ages!” And you know, I ended up with a bleeper then. He said – “I know where I can get a hold of you!”

I am glad they got proof the bobbin was a proper one – I’d feel a right idiot if it wasn’t!

But you see, at one stage, we were 26 worked in the polish room. But then we got the auto sander. So you got a conveyor belt then, the auto sander. Up to being 55, up to me being 55, I always bragged – well bragged, yeah: I never asked anybody to do anything that I couldn’t do. And then I went with Andrew, we went to – Germany, I think, for a robot spray. And we got a demonstration. And it could do everything that we wanted to do. And when I came back to work, I said it could do everything, “but don’t buy it on my say so – you must go and see it and he went to see it” and he bought it. But before that, I’d been away – I don’t mean a lot, but 3 or 4 times to different places to see automated sprays and all this sort of thing. And before then, we’d never seen anything that could spray faster than we could by hand. I was exactly 55, because it was 10 years before I retired in 1994.

John tells his story in this short video

Clearing silt from the dam in the past 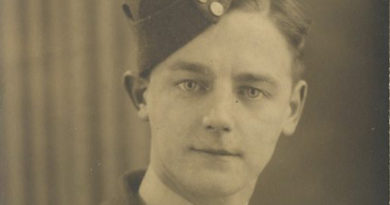