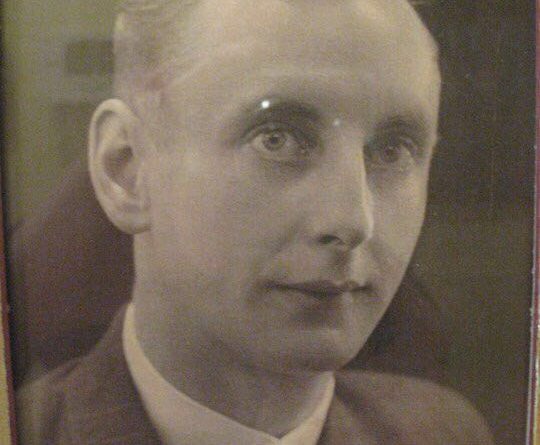 I went to HJ Berry’s chair factory. Well, I tried to go there from Gibbon Bridge. But with being in agricultural work, you weren’t allowed to go chair making. If you were classed as – well, ‘reserved occupation’, they called it, they wanted people on the land. They had everyone. They even had girls working on the land, didn’t they?

So then I had to go on to Lord Derby’s. So, as soon as I’d done my time in the navy, I came back and went to HJ Berry’s, enquired about a job and got on. I was labouring on the end of a pendulum saw, with big Jack Tyson, for quite a while.

Well, it was a job. But I wasn’t there very long before there was an electric shortage and they worked it out that there wasn’t enough electricity to run all the machines at once. So they split the sawyers department in half and half of them worked day times and the other half worked nights. Well, with doing that, I moved into the shop and got onto a saw. I don’t know how long I was in the sawyers’ department. Quite a long time, with the circular saw, band saws and general labouring. And then 19 … cor .. ’54, was it? They bought a big band mill. That’s for converting trees into boards, you know, for drying. And we started there, Bob Parker and meself, chose to run this big saw. And we had, well, two labourers on the saw and one labourer out in the yard.

We did one week cutting trees to length for this big band saw and a week operating the saw. And alternated, you see. Until we were short of wood turners so I was put upstairs at the old mill, on a lathe up there, hand turning, making chair legs and spindles and I stayed on that until a firm at Forton turned these things automatically. They came and took samples, took them away and before long, they were sending these back in thousands, like, as we were struggling to turn by hand.

So of course, I was flitting about then, from the joiners’ shop. Then there was band saw, circular saw down there, where they cut dry planking into chair back shapes and arms and things like this. You know where the garages are now? Well, that was part of the joiners’ shop – just a bit further ‘round the corner. Well the Windsor department now is up above it, isn’t it? I don’t just remember what year it was, but …

I worked there for quite a while and then I moved into the machine shop on router. Worked on there for one and a half, two years, something like that. And then I went up to the sawyers’ department and did a bit more up there.

And then the chap who was in charge of stacking and drying – forklift work – he died. I think he got killed, didn’t he? Fred Squires? So, they asked me if I’d go on that job.

Right in the middle of winter, it was, it were frozzen – and funnily enough, I was on it two and a half years and I never had a bad cold in those two and a half years. And then from there, they had a young lad in the tool room, setting all the blocks up, you know, cutting blocks for machines, sharpening them, sharpening saws and so forth. And he wasn’t quite doing the job properly, he was, well he was a bit inexperienced. So they asked me if I’d go in there. So yeah, I said, I’ll try it.

I went in there, did the job, quite content and then, a bit after, the bosses decided to give what they were classing then as foremen, a bit higher rate. Well, they made the chap who was doing my job in the tool room, which I’d done as a charge hand, they made that into a foreman’s rate. So I tackled them. I said: “will I be getting a foreman’s rate for doing this job?” So Jack Berry scratched his head. “No,” he says, “I don’t think so.” He says, “you’re not really in charge of a department, are you?” I said to him, I says: “I’ve slipped up then, accepting this job then, haven’t I?” I says: “I could be better off if I’d have stopped where I were.” “Well, yeah, you have a point,” he said.

Anyway, I left it at that, but a couple of days later, he came to me. He says, “I’ve found a way you can get onto the foreman’s rate.” He says|: “we’ve bought that wood turning place up at Forton and the foreman up there is retiring.”

He says: “would you fancy going up there?” “Ee, I says, I don’t know. I’ll have to talk to me wife for a start, like.” I says: “will it mean moving up there?” “No, I don’t think so. You have a car haven’t you? We’ll give you a petrol allowance.” So I come back and I had a word with Sally – she weren’t fussy either way, were you? 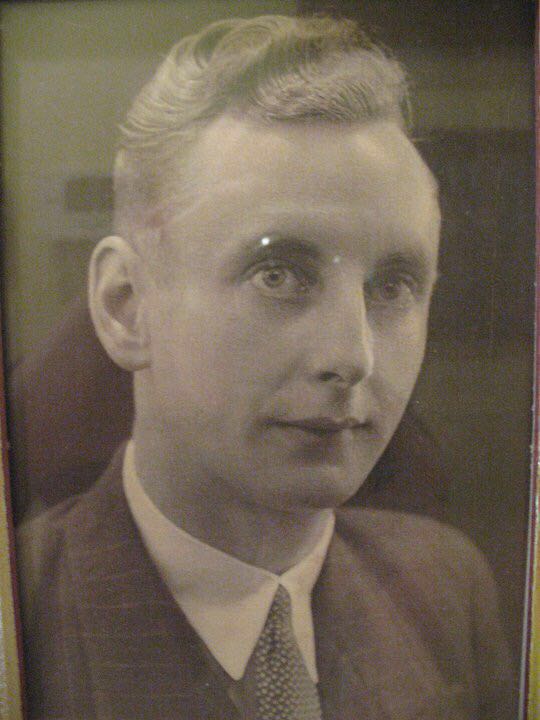 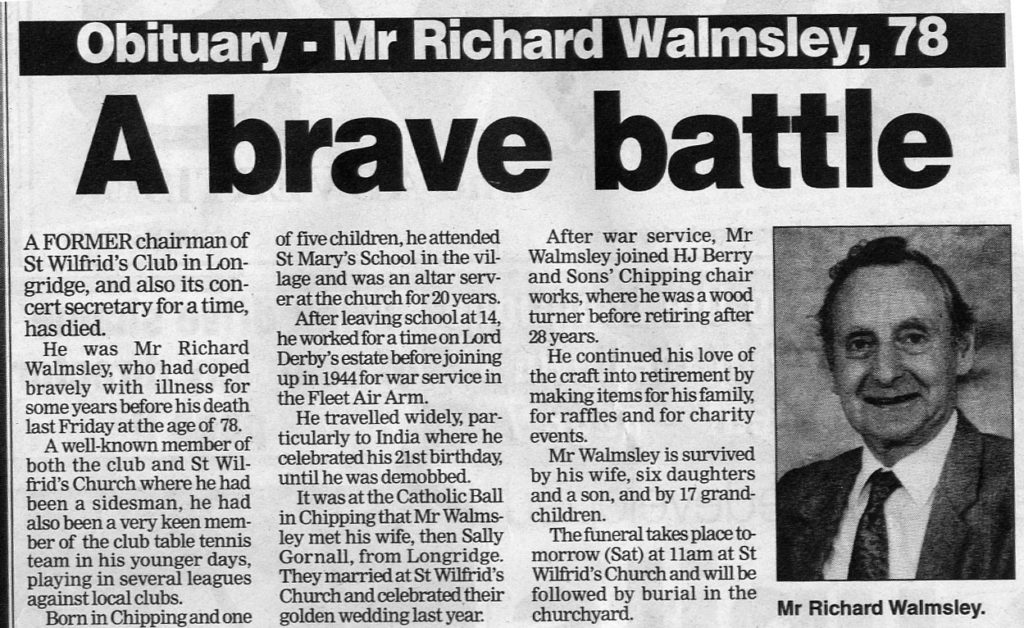 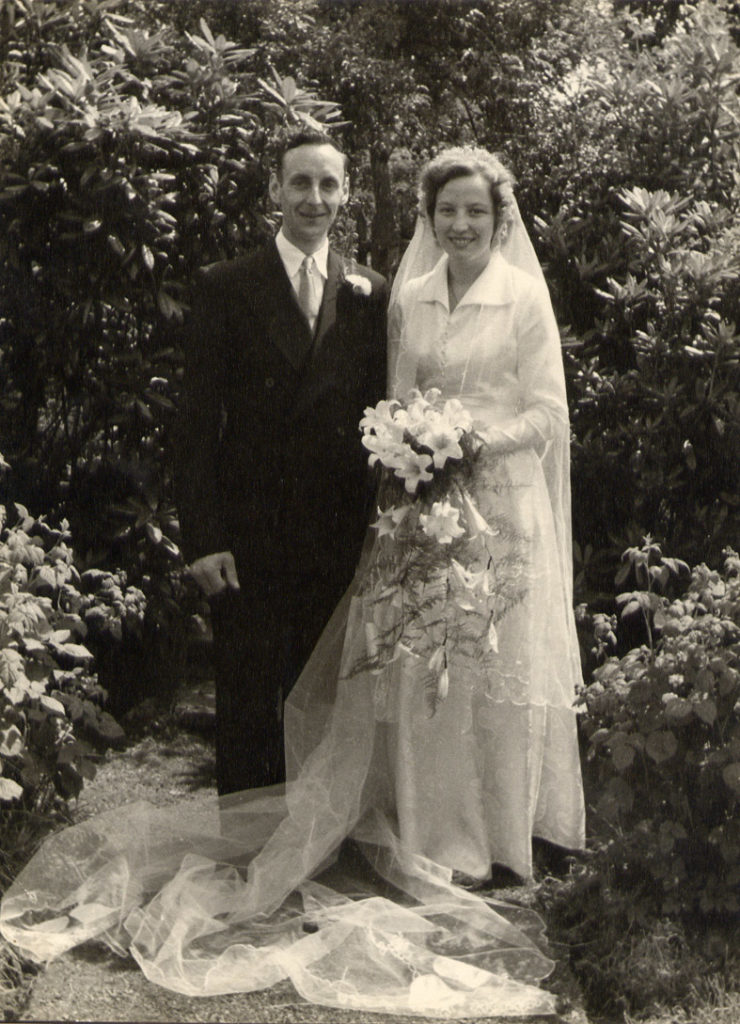 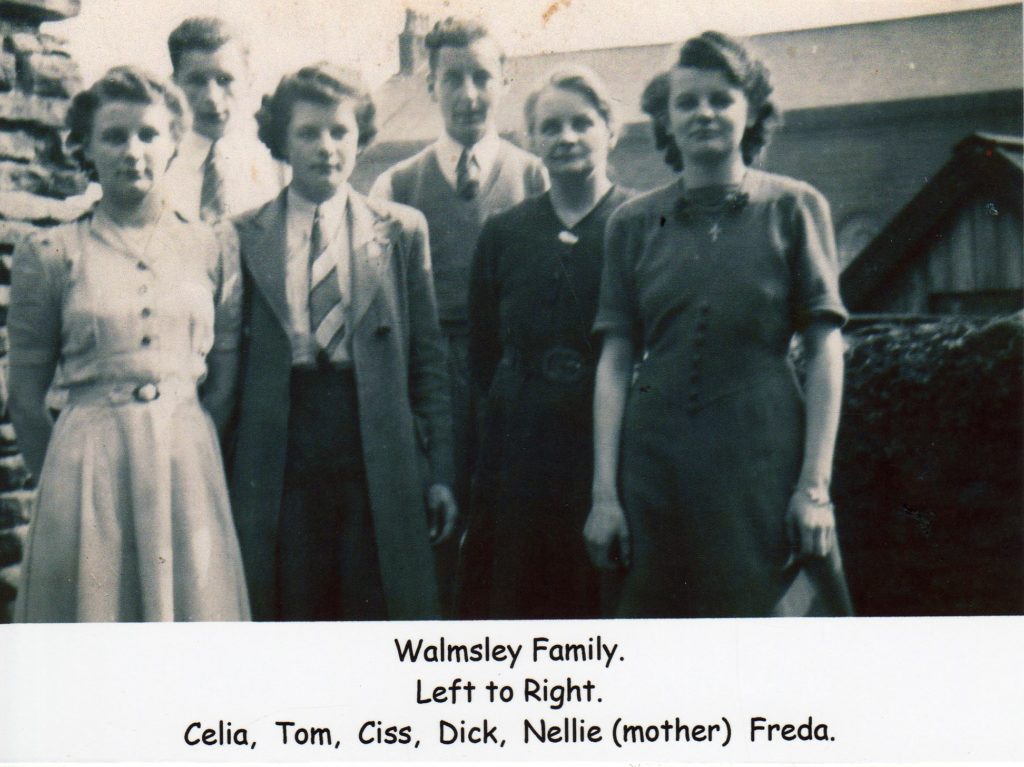 Video: If you want to test a chair, take it to an old folks’ home!

Video: Why did they make baby chairs, Tommy?!