In 1854 the Honour of Clitheroe records show the transfer of Kirk Mill from John Evans to John Lowry.

By 1861 John Lowry had died. His widow Jane at Kirk House is recorded as Cotton Spinner, employing 54 men in mill. The Census gives the alternative name for the mill at that time, “Grove Mill”

During the period 1856 – 1861, the records of a local carrier, William Woods, reveal that cotton waste was being supplied to Kirk Mill and Saunder Rake Mill. (documents held privately by his descendants) This cotton waste is said to be bottom of the market fibre, to make yarn suitable for towels and sheets. The carrier took away, mostly to Blackburn, beams of spun yarn and “twist”. He was also carting coal to the spinning factories.

The Cotton Famine during the American Civil War brought the end of both cotton spinning mills in Chipping. 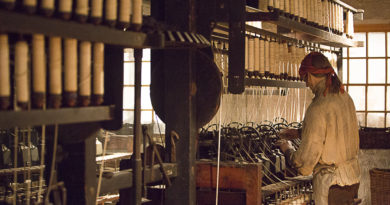 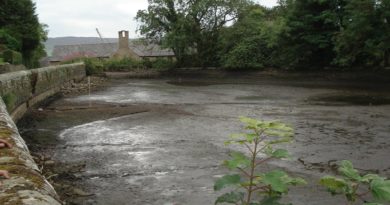