SHERBURNE OF WOLF HOUSE.
The first member of the family, Roger Sherburne, second son of Robert Sherburne, of Stonyhurst, acquired Wolfhouse by marriage with Isabel, daughter and sole heiress of John Knoll. In 1519 (as stated in chap, ii.), he built the Wolfhouse quire in Chipping church; and in 1533, was ordered by the Earl of Derby to furnish 20 ”tall men and good archers,” to help in the defence of the Isle of Man (see page 15). He died early in 1546 at an advanced age.
“Inquisition taken at Whalley, 26 day April, 1 Edw. VI., before Sir Richard Sherburne, John Talbott, and Thomas Catterall, Esquires, after the death of Roger Sherburne, gent., the jury sworn say, that Roger Sherburne, shortly before his death, was seized in fee of 22 mills and 40 acres of arable land, 20 acres of meadow, 20 acres of pasture, 20 acres of wood, 50 acres of moor moss and turbary, lying in Chipping, by payment of 10s. per annum. 15 Jan., 14 Hen. VIII., gave and granted to Wm. Leyland, gent., John Catterall de Rauthmell, Christopher Parkinson, chaplain, and Robert Parkinson, chaplain, a close called the Knott,1 of the annual value of 20s., a close called Whytacre, annual value 10s., a close called the Near Field, annual value 13s. 4d., also a close called Byrchenlee, annual value 6s. 8d., all of which lands are of the clear annual value of 50s. sterling,2 to have and hold during the life of Roger Sherburne, son and heir of Robert Sherburne, son and heir of the aforesaid Roger Sherburne, in consideration of a marriage to be solemnized between Margaret Bradley, daughter TC Smith 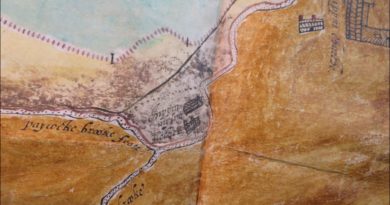